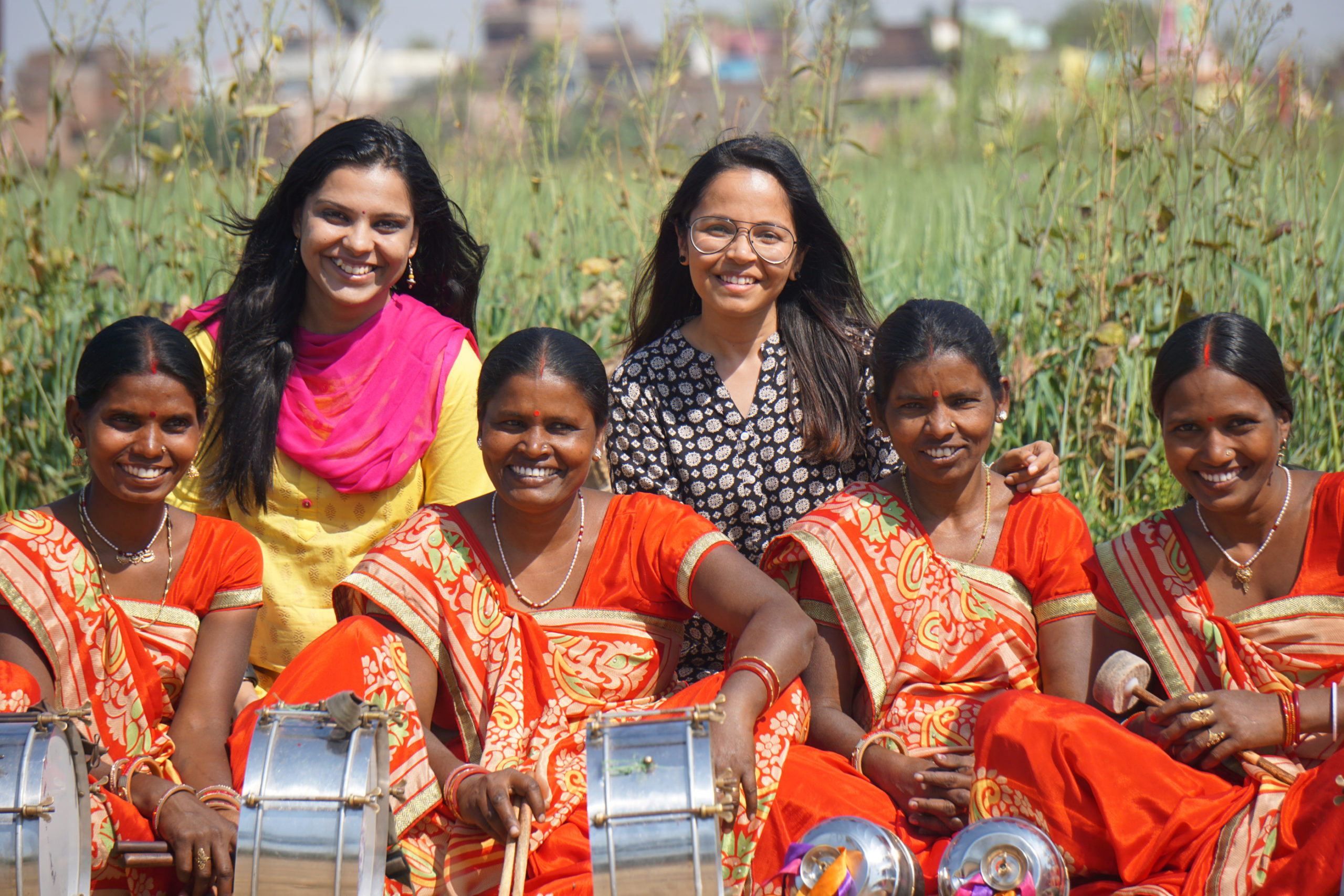 “When women in the cities can fly planes, why can’t we play drums and earn a living?”

If you’d ask me names of women from Bihar who can be termed as role models and successful. Then I’ll take names of these ten incredible women from the Nari Gunjan Sargam Mahila Band.

Under the guidance of Padam Shree recipient Sudha Varghese, these beautiful, feisty women from Dhibra- a small village in Bihar formed the Nari Gunjan Band – the first all-female band in Bihar. The journey of these women is certainly one of the best examples of women empowerment. And their story has to be share.

When they decided to form the band to earn a living. The prime problem was dissuasion from the family. Villagers taunted them almost everyday and there was absolutely no support from anyone.

It was Sudha Varghese who gave them the instruments and also sent a music teacher to teach them how to play drums. After finishing their daily chores, these women used to assemble everyday on a rooftop and rehearsed with their teacher. They learnt for more than a year before they started playing professionally.

Initially, these women faced a lot of backlash for taking up a man’s job instead of working as daily wagers (they made barely 100 INR a day working in the fields). But they didn’t succumb to the pressure and today, each band member earns around 1000-1500 INR whenever they perform. The schedule of this band is mostly over pack.  They even get invitation to play at prestigious government events all over India.

They’ve been playing since 2014 and today, the entire village is proud of their achievements, giving them the respect they deserve. Dhibra Gaon has become popular due to these women.

Here’s the video in which we have tried to cover their story.

We really hope that more people will get to know about the band, encourage them, call them to perform at events and give them a fair chance to earn a living.

The blog was originally published at Sonam’s personal blog – That Patna Blogger.